This is the final post about my trip to Albany and Troy for the NY State Historic Preservation Conference. Hopefully, I visit again in the near future to explore other cool sections of Albany and Troy!

I noticed while going through all of my photos from the trip that I definitely had some themes going, which is how I grouped the photographs for this post. I did not do a ton of research into the history of the buildings because we don’t always have to focus on that. It’s nice to just appreciate the beauty of the built environment around us without worrying about the architectural style or what year something was built.

This isn’t really a flashy title for this collection of photos. You’re probably thinking, GREAT, more windows and doors. Just what I wanted to see in my life. More mundane building features. But I promise, these doors and windows are actually cool. Check them out! 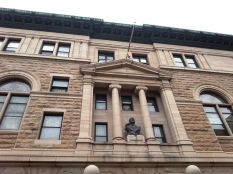 This is the Masonic Hall located in Albany, NY. It’s going through a huge fundraising campaign. 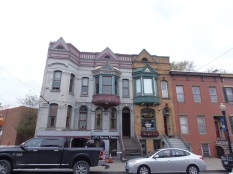 A group of houses located on Lark Street. This street is the art hub of Albany, NY. 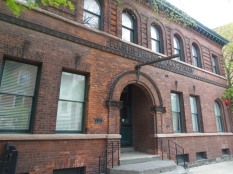 This cool building is located on Madison Avenue. The arches over the windows and the doorway are pretty cool. 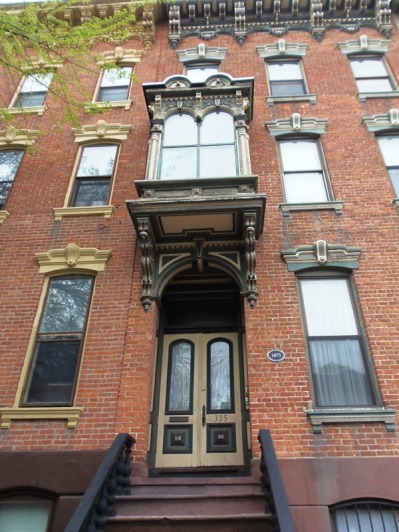 A door and a lot of windows seen on Madison Avenue in Albany, NY.

I told you there would be cool windows!!! This is in the Main Library in Troy, NY. It happens to be a Tiffany window and apparently it lights up. If you’re ever in Troy, please go to this building. It is beautiful. 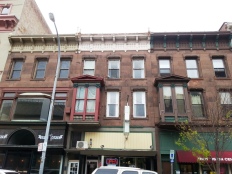 A row of buildings seen in Troy, NY. Those windows that extend outwards remind of some of the windows I saw in Albany, NY.

The Proctor Theater in Troy, NY. It’s located on Fourth Street and happens to be on the National Register of Historic Places.

The main entrance to City Hall in Albany, NY.

Floors are Just as Cool

So there’s this thing about preservationists always looking up at buildings. I on the other hand love to look down where I’m walking. Maybe it’s because I’m always on the lookout for tripping hazards. Or, maybe it’s because some buildings have really awesome historic floors. I don’t just mean nice wide wooden pine plank flooring. I mean fancy mosaic tile flooring. That stuff is nice. In both Albany and Troy I saw some great floors. 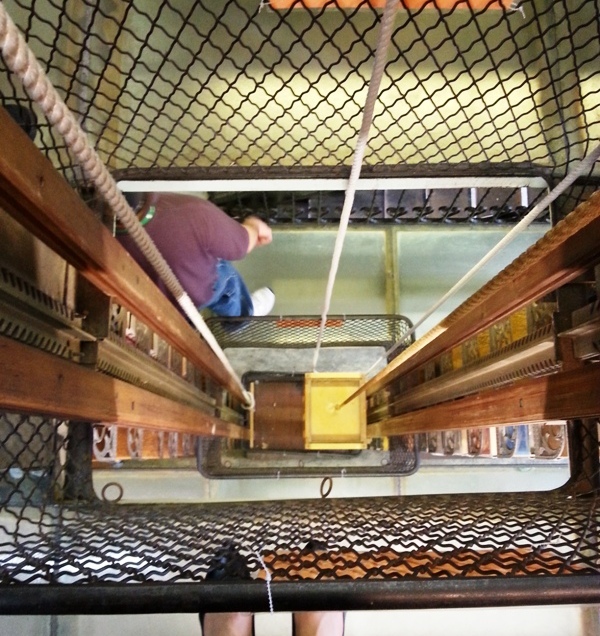 Looking down at the pulley system in the Troy Library used for moving books up and down in the stacks. By the way the floor here are milky glass blocks. 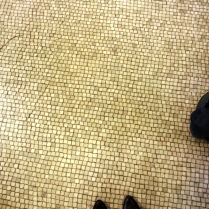 Mosaic tiles on the ground floor of the Troy Public Library. 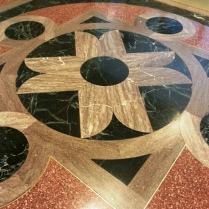 Floor seen at the State Capitol Building in the main lobby. 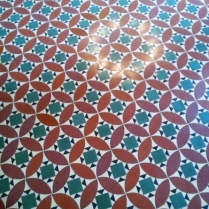 Another floor in the State Capitol Building.

So I did not see a lot of historic things related to woman’s history but the things I did see where pretty amazing. The first photograph is a table that is located in the State Capitol Building The following is an inscription of what the first half of the tablet says:

“To Honor Those Great Women of the State of New York

Then there is a list of women involved in the suffragette movement for both the National Honor Roll and then a State Honor Roll.

The other photograph is of the Women Veteran Memorial, which honors women who have served in the armed services over the past two hundred years. The memorial is located near the State Museum on Madison Avenue. 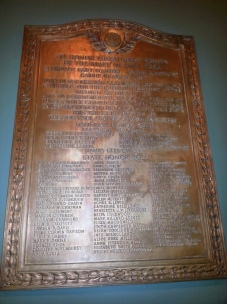 This tablet is located on the wall in the main lobby of the State Capitol Building.

This monument is located next to the State Museum.

For me, historic signs are like a scavenger hunt. It’s fun to see how many I can find on my adventures. Plus, they give a tidbit of history on the surrounding area. If you’re into photographing historic markers, tablets, signs, etc. There are a few websites that are doing a wonderful of documenting them: http://www.historicalmarkerproject.com and http://www.hmdb.org. I know on the “Historical Marker Project” webiste you can register and help add your own photographs of historic markers in your area. I’ve done one for the St. Lawrence Academy historical tablet located in Potsdam, NY.

The first photograph here is a tablet located on City Hall in Albany. The inscription of the tablet reads as such:

“Tablet Commemorating The Two Hundredth Anniversary Of Albany As A Chartered City Settled About 1624 Charter Granted By Gov. Dongan July 22, 1686

Early Names of the City

First City Hall Erected Near Fort Orange about 1686. Second One North East Corner Broadway and Hudson St. About 1705. Third One On This Site 1829: Burned 1880. Fourth Or Present Building Erected 1883

Then there is a list of citizens involved with the tablet.

The other photographs are other historic signs seen in and around the State Capitol Building.

This is the tablet on City Hall commemorating the bi-centennial of Albany. 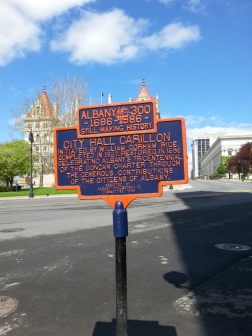 This marker is also in front of City Hall. I believe across the street there was another marker that I did not make it to. 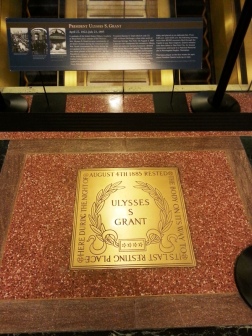 I’m not sure what to consider this marker. It is historic. It marks the location of President Grant’s body when it was on it’s way to its final resting place in Riverside Park located in NYC.

If there are any buildings or photographs you’re interested in learning more about. Leave a comment and I’ll see what more information I can find.