I originally had no plans of writing about my trip to Rochester that I took in March because it happened before I started this blog. But, in that past few weeks I found an interesting book on the architecture of Rochester and Monroe County at the BirchBark Bookstore.

For those interested in used bookstores, the BirchBark Bookstore, is conglomerate of connected buildings, each filled with used books of all genres. It is located at 40 Ashton Road in Potsdam and it’s only opened on the weekends. It’s one of those unique Northern N.Y. finds.

The book is from 1974 and written by Paul Malo, with photographs by Hans Padelt and “Others.” It was published by Syracuse University Press. The written history is good read and helps highlight the architectural history of Rochester and what was going on socially and economically to inspire the changes in buildings design. 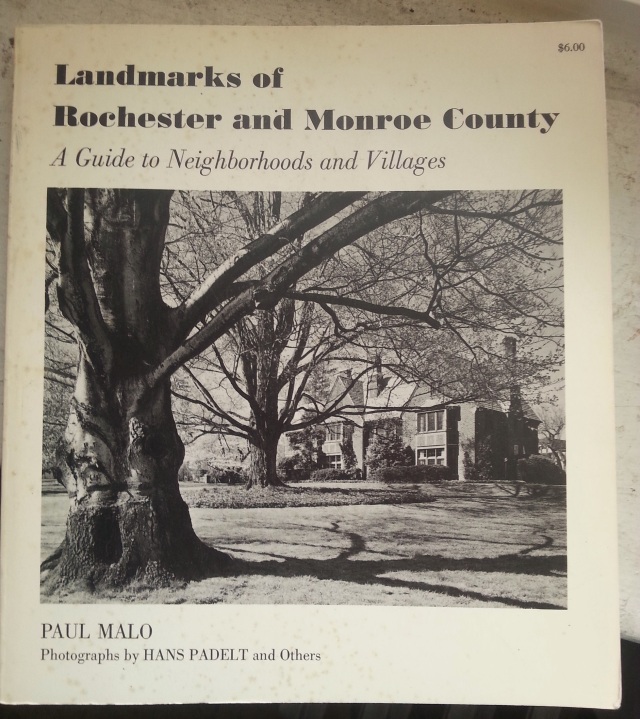 I figured I’d share some of the photos I took while in Rochester. They are not as great as the black and whites but cool to look at, especially if you’ve never been to Rochester. My photos were all taken with my Android phone and from the interior of a car. I was not driving. My good friend, who I was visiting was driving us around Rochester, when I took all of these photos. It was a very cold weekend so we did not do a lot of walking. 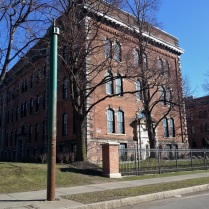 I could not find much information about this building. I believe it is located on Alexander Street. There are a lot of fun details on this brick building including the keystones and the quoins. 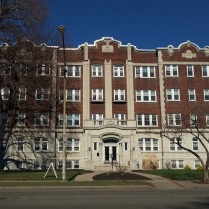 This building is located at 1640-60 East Avenue. It is “The Coolidge” and is being used for apartments. I could not find much about the history of this building other than that it was built in 1910. 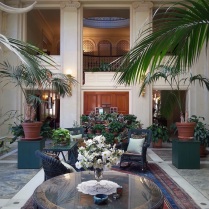 This is the Marble Conservancy Room at the George Eastman Museum. The interior has been recreated using historic photographs to copy the look of the mansion when Eastman was alive. The interiors were designed by William Rutherford Mead of the famous McKim, Mead, and White architectural firm.

View of the gardens at the George Eastman Museum. The Museum is located on East Avenue and is a National Historic Landmark. It is very inexpensive to visit and I highly recommend going if you’re in Rochester!

I discovered that this building is called the Granite Building. It is on the National Register of Historic Places because it was a department store and because it was the first skeletal steel skyscraper ever built it Rochester! It’s at the corner of Paul and East Main Street. 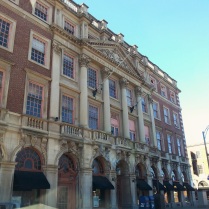 This is the Hiram-Sibley building located at the corner of East and Alexander Street. It was named for Hiram Sibley, a self-made man who was the co-founder of the Western Union Telegraph Co. His son, also named Hiram, built this structure and named it after him. Look at the columns! Those arches! And, the windows! 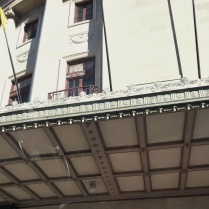 An extreme close-up of the Eastman/Kodak Theater, which is the place to be for anything related to arts and culture in Rochester. Those are the comedy/tragedy theater masks in the decorating the canopy or marquee of the entrance. Every now and then it pays to look up when you’re walking.

That’s a nice garbage can. But, that’s not why I took this photo! The bright, white building in the background. That is the Medical Arts Building and it is Art Deco. I could tell from this far away in a car. I have no close-up photos of this building but apparently it’s really cool! It’s located near East End and Park Avenue.

I have no idea where this building is located in Rochester. The car stopped and I furiously took photos. It’s fun though!